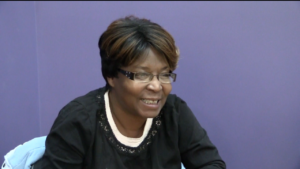 It’s been less than two years since its inception, but JIFFI definitely hit the ground running. As of December 2013, JIFFI has already issued eight loans to help clients in a variety of ways: from fixing broken water heaters and laundry machines to covering travel costs for family visits. Today we will share the story of Diane, one of JIFFI’s clients and the first person to qualify for two JIFFI loans.

Described as a “go-getter” by the people who know her best, Diane is a hard-working woman who works with the South Bend Heritage Foundation. When she was first referred to JIFFI by the Bridges Out of Poverty organization, she had already completed a financial management program to help her understand her financial situation. Although Diane has good financial understanding, she is working with JIFFI to balance out the use of her discretionary income between paying for her necessities and treating her grandchildren.

In early 2013, Diane was issued her first loan to help take care of a household issue. After repaying it fully, Diane earned JIFFI’s trust and demonstrated that paying back her loans is one of her key priorities. Peter Woo, JIFFI’s President and Diane’s Chief Loan Officer, considers that Diane reflects the key qualities that JIFFI looks for in its clients: a strong commitment to repay their loans, motivation for self-improvement and enthusiastic cooperation when working with JIFFI’s members. 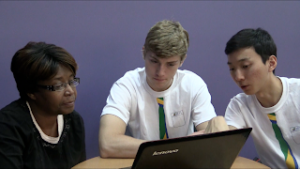 Diane received her second loan, which was used to cover her travel expenses for a training program, in November 2013. As Peter said, “JIFFI’s loans usually have one of two motives: some are intended to cut costs, and others aim to increase discretionary income.” In Diane’s case, her loan will help with the latter. Diane was awarded a scholarship for a training program offered by NeighborWorks, an organization that promotes homeownership and helps build home equity. By attending this program, Diane will acquire skills that will help her qualify for foreclosure counselor jobs and, in the long run, earn a higher salary.

Although Diane’s second loan will not be fully repaid until the start of next year, JIFFI will continue to work closely with her throughout the next couple of months. Since JIFFI is committed to the improvement of every client’s financial health, it meets with clients on a regular basis and requires that they go through JIFFI’s Financial Training Program. Diane will begin this program in the following weeks and will work through the program’s six modules, which are designed to offer customized advice to each client on how to increase discretionary income, build credit and implement saving strategies.

JIFFI strives to make meaningful loans that are tailored to meet each client’s needs. While some loans are used to resolve pressing issues, Diane’s case highlights how loans can also serve as investments in a person’s future growth. JIFFI aims to have a positive and significant impact on each of its clients and, in doing so, uphold its mission to contribute to the financial empowerment of the South Bend community – one client at a time.